You are here: Home / Work / the nightmare room

The Nightmare Room’ is a multi-platform project that uses site-specific material, animation and augmented reality to examine ideas of transformation and the power of myth. Taking ground-breaking computer pioneer Alan Turing’s studies on morphogenesis and pattern formation as a starting point, the work explores connections suggested by Turing’s chance encounter and subsequent friendship with the young author Alan Garner.

Writing in 2011, Garner recalled Turing talking endlessly about mathematics and biology, but they also discovered a shared common experience; both had been traumatised at an early age by the Witch’s transformation scene in Disney’s Snow White. The 3-year-old Garner had been dragged screaming from the auditorium, and Turing regularly gave seminars on the psychology of the film at Cambridge.
Garner remembers Turing’s obsession with the story:
“He used to go over the scene in detail, dwelling on the ambiguity of the apple, red on one side, green on the other, one of which gave death… We discovered that we had both realized independently that quite often life and death are the same thing, beauty and evil are the same thing.”

In 1952 Turing was found guilty of homosexual activity, he lost his security clearance and was forced by the state to undergo a years course of hormone ‘treatment’ with synthetic oestrogen. He died two years later from cyanide poisoning, ending his life with a half eaten, possibly poisoned, apple by his bedside.

Garner has produced numerous works of fiction, rooted in place, myth and language. Among them is The Owl Service, a modern updating of the Blodeuwedd story from the medieval collection of pre-Christian Celtic tales known as the Mabinogion. The original tells how a magician uses flowers to conjure a maiden as a bride for his nephew. She falls in love with another and together they conspire to murder her husband. As a punishment she is changed into an Owl.
Central to the plot of Garner’s work is a dinner service on which the intricate floral pattern can be seen as either owls or flowers, depending on your viewpoint, the chosen perspective determining destruction or salvation. This duality echoes Turing’s musings on the apple – one half giving life and the other death.

I had recently reacquainted myself with Garner’s work, his psycho-geographic essays about Alderley Edge particularly resonating with the sense of place and belonging I feel for the Shropshire/Powys border landscape. And just as Snow White disturbed Turing and Garner, I was equally haunted as a child by the 1960’s TV dramatisation of The Owl Service. A strange adaptation shot on location in North Wales, Garner suffering a breakdown during the filming. It struck me how reoccurring themes of pattern and transformation seem to wind through the narrative arc of Turing and Garner’s life and work.
‘The Nightmare Room’ is an attempt to combine and make sense of these different ideas; the title was Turing’s nickname for the tiny space in his Wilmslow home where he conducted chemical experiments, including the gold electroplating of spoons – a process that requires a solution of potassium cyanide.
I travelled to Llanymawddwy the remote mountain village where Garner wrote the original novel, also the filming location of the Owl Service TV series. Here I gathered Meadowsweet from the banks of the river and other materials to work with in the studio. Inspired by Turings work on phyllotaxis I used a mixture of stop motion and digital animation to breathe life into my found objects. I let shifting patterns evolve, as if mapping out the binding threads that form the narrative fabric of our lives. Whereas Turing’s equations can explain the chemical memory molluscs use to generate complex shell patterns, this theoretical web of connectedness is too vast and complex for us to describe with current mathematical models. In his paper ‘Computing Machinery and Intelligence’ Turing pondered how knowing the initial state of the universe could enable us to predict all future events, but cautions: “The displacement of a single electron by a billionth of a centimetre at one moment might make the difference between a man being killed by an avalanche a year later, or escaping.”
This proto-chaos theory leads on to his discussion of discrete state machines, and theoretical computing. Again, how things are perceived initially can mean the difference between survival and ruin, or as Huw Halfbacon says in the Owl Service:
“She wants to be flowers but you make her owls, you cannot complain then if she goes hunting.”

Originally produced as a 3-channel triptych for projection onto Conwy Castle during the Blinc festival in October 2012, the work has been further developed into a single channel piece for gallery exhibition. A detailed account of that process can be found here 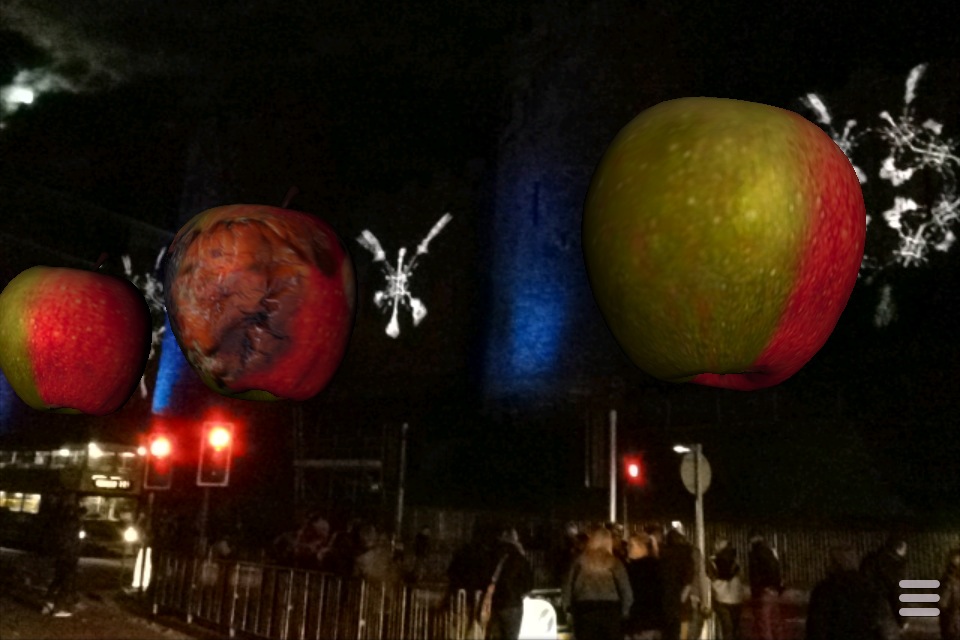